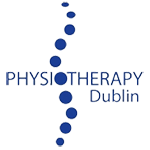 Ankle sprains are an extremely common sports injury as well as an everyday ailment in the general population and are encountered regularly in chartered physiotherapy clinics.  The most common mechanism of injury to the ankle involves a twisting or rolling over at the ankle joint while weight bearing.  Such a mechanism is most likely to disrupt the lateral complex of ankle ligaments.

A less common cause of ankle sprain is to roll the ankle in the opposite direction, inwards. In such instances the medial ligament of the ankle, known as the deltoid ligament may be injured.

Initially accurate diagnosis of your ankle sprain is essential.  While manual therapy forms the early part of your treatment, proprioception and balance work become critical in the longer term to prevent recurrence of ankle sprains, which are very common following an initial injury.  It’s also quite common for a previously injured ankle to continue to swell after exercise if they haven’t been effectively rehabilitated.  In order to achieve a successful and speedy return to activity following an ankle sprain, your chartered physiotherapist should provide you with a comprehensive treatment plan including a proprioception programme prior to recommencing your sport in order to rehabilitate your ankle injury completely and to limit the possibility of re-injury.